Get fresh music recommendations delivered to your inbox every Friday.
We've updated our Terms of Use. You can review the changes here.

The Metaphysics Of Natron 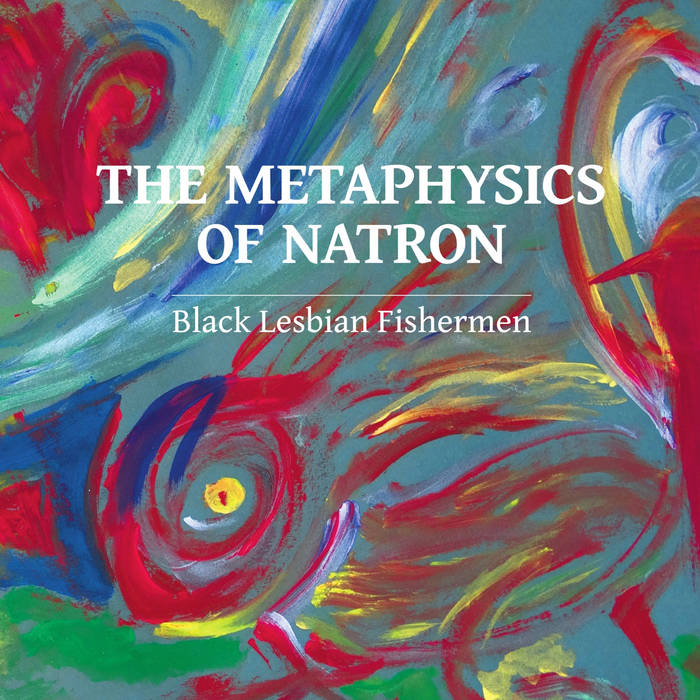 Black Lesbian Fishermen are an international ambient/drone/experimental collective based in Athens and Evia.  Between them they have been involved with many projects - Coil, Current 93, Eyeless In Gaza, Nurse With Wound, Whitehouse, Z’ev, Attila Csihar, Rotting Christ – to name a few. Black Lesbian Fishermen, however, stand alone as a mind-blowingly impressive psych band with a distinctive, transportive & ritualistic sound. Since their debut album, ‘Ectopic Apiary’ the band has continued to play live shows and record one-off tracks for various compilations whilst working on ‘The Metaphysics Of Natron’ in Athens and Evia. The new album contains 8 stunning new studio recordings that further mine the occult psychedelic seam they have made their own.

Tracks:
To Sic A Goddess; You Find The Noise; Mooncone; Lox On Krax; Third Rubric; All Of This Is Memory; Polemoscope*; Pigs Before Strawberries*.
*Digital only


About the BLACK LESBIAN FISHERMEN…
ALAN TRENCH has been involved in experimental/left field music since the founding of World Serpent Distribution in the early 90s; his current projects include Howling Larsons & Temple Music. Brainwashed found ‘…ritualistic drone, String Band like avant-folk, and moments of blistering krautrock assaults…’
NIKOS FOKAS is an Athens based musician and sound designer. He is a member of Vault Of Blossomed Ropes, and recently released a solo album on Midira – ‘The Eternal Creak Of The Icebreaker.
R LOFTISS of Oklahoma’s Gray Field Recordings was described as "...a cohesive vision of folk, classical and experimental styles..." by The Unbroken Circle and "totally original and...absolutely haunting" by New York Music Daily.
STRATIS SGOURELLIS Drama based Stratis is a member of Vault Of Blossomed Ropes. With a background in punk and psychedelia, he moved into funk, jazz & improvised musicks and is now experimenting with electronic sounds.
STELIOS ROMALIADIS is the founder of LÜÜP, of whose album ‘The Canticles Of The Holy Scythe’ Metal Temple said: Darkness is sweeping across the land, as blood rituals are performed in the name of those you dare not speak of…’

The Active Listener …(An album of) resplendent, kosmiche power and beauty. Chiming guitar lines weave lysergically into backwards effects before merging with flute and resonating E-bowed strings in a grandeur that recalls both 'Saucerful of Secrets' era Floyd and the majesty of Japanese psych legends Ghost.

Snow Over Mongolia …Krautrock with interesting home-cooked textures, in turns pastoral in feel (ie : the tranquil opening track, which is mainly cyclical acoustic guitars and flute) and weird/druggy/spooky (virtually the rest of the material). I am often reminded of the more rock-oriented side of Nurse With Wound, although this is tons better and fresher than Nurse's middling An Awkward Pause album.

New York Music Daily …a Macabre Psychedelic Masterpiece of slowly crescendoing, crepuscular psychedelic rock; a haunting blend of early Nektar and Country Joe & the Fish at their most acid-drenched.

The African Paper … experimental, archaic & folkloristic sounds guide their psychedelic mix of acoustic and subtly electronic elements in the direction of soundscapes, with Loftiss' raptured recitation surpassing even that of Current 93’s ‘The Cloud of Unknowing’…

Diskopatheia …On one of the most enjoyable avant discs of the year, this band ritually places a cosmic cloak over staggering electronic and guitar drones, psychedelic folk motifs, rhythmic loops and sharp cuts.

Mastered by Denis Blackham at Skye Mastering.
Produced by R. Loftiss.
Artwork by Alan Trench.
Design and Layout by R. and M. Loftiss.

Underflow is more than just a record store or art gallery. We wanted
to create a place where people can find out about music they have
never known, or about bands and musicians from places that they have
never heard of, or, to put it simply, a place where music is still
relevant and important! ... more

Bandcamp Daily  your guide to the world of Bandcamp

Sampa The Great joins the show to discuss her release, "As Above, So Below".